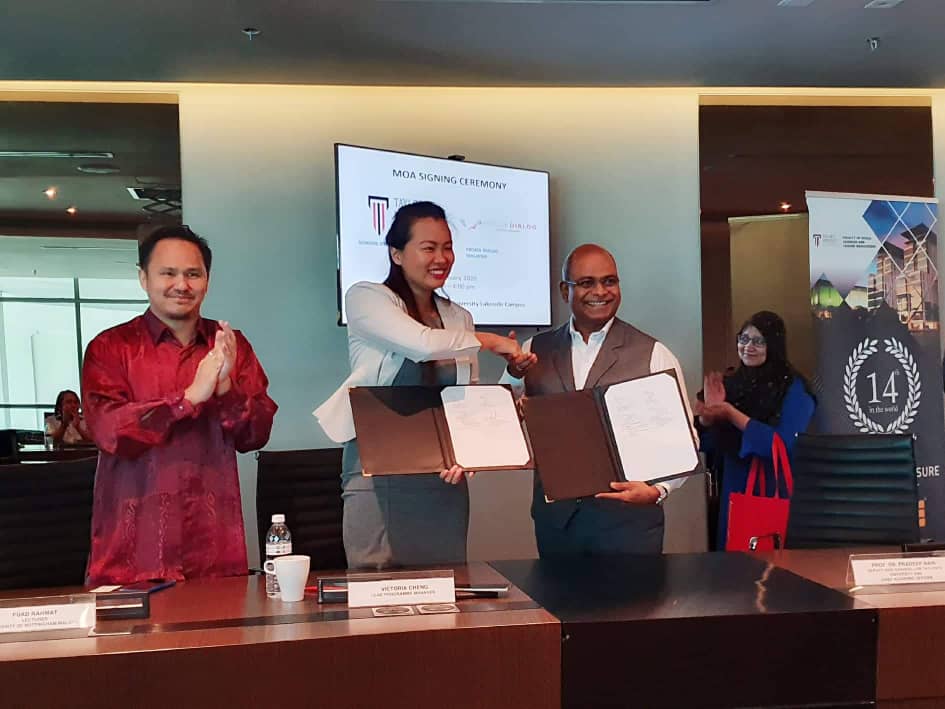 Recently on the 20th of January 2020, the joint collaboration between Projek Dialog and Bachelor of Social Sciences programme of Taylor’s University was launched.

This 5-year partnership or ‘akad nikah’ as the emcee wittily mentioned, aims to create avenues for work-based learning within its social sciences programmes.

As spoken by the Deputy Vice-Chancellor, Dr Pradeep Nair, it is believed that private universities have a tendency to shy away from courses that have “less” market value. However, it is important to be steeped in issues surrounding humanity, and the university’s current approach in disrupting the traditional models of education will seek to support social innovation and social change in the country.

This goes hand in hand with Projek Dialog’s objectives, to transgress lines of the status quo in Malaysia such as regimentation and stagnant policy as well as forging fresh partnerships with youths and the creative community. Projek Dialog aims to use the voice of the youth and the messaging of the arts to stimulate better conversations.

This programme will not only help students to become ‘industry-ready’ by the end of their programme, but more than anything, encourage them to graduate from being a marginalised voice to being youth advocates for social change. 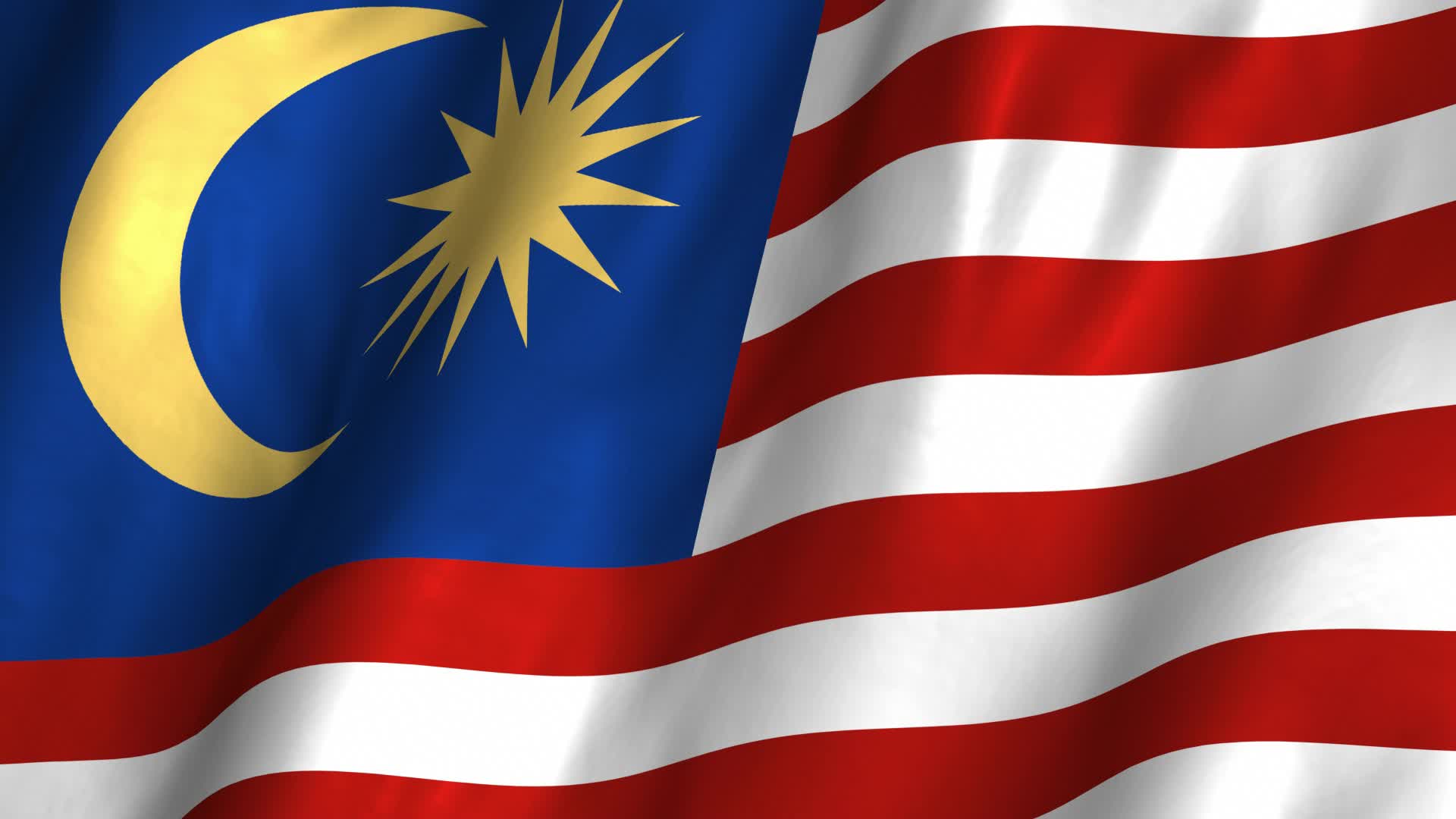 In this series of posts we consider civil society’s gains and challenges in the decade that saw their increased prominence in Malaysian politics. This opening entry provides an overview of its key advances.

Civil society’s significance is always tied to political urgency. Operasi Lalang galvanized the formation of SUARAM, as Reformasi did for CIJ (Centre for Independent Journalism) and Jalan Telawi. But if one were to think of a turning point that brought civil society to national consciousness it was Bersih 2.0.

Its quality as a mass movement meant that its demands were pushed by a broad base rather than a select circle of lawyers and career activists. But more than that Bersih also had the quality of defiance. It went on despite a stern ban by the Home Ministry as hundreds of thousands (some say more than a million strong) sent Kuala Lumpur on lock down, the event memorialized by viral videos of Malaysians of all races confronting the police together.

This is all the more impressive when one considers the extent to which the government had tried to stop it. The state-run media played the fears of a possible repeat of May 13th, while accusing Bersih – and later on COMANGO and other affiliated NGOS – of being foreign agents. Clerics were mobilized to make fatwas against demonstrations on a daily basis. The Bersih office was also raided a few days before. The police made an ostentatious press conference displaying (clearly planted) yellow machetes that were allegedly the weapons BERSIH was going to use to unleash havoc.

It was all the more troubling that the government’s campaign provoked militant conservatives to confront Ambiga Sreevenesan, the then chair of the BERSIH steering committee, at her own home. The vitriol culminated in an offensive, but also very bizarre, “butt dance” that saw about a dozen or so army veterans bend over to point their hind parts towards her gate. The confrontation didn’t go beyond this, thankfully. Ambiga stayed calm throughout. She offered them water to drink and that was that but this farce of an exhibition did prove the extent to which BERSIH had really struck a chord.

A Culture of Discourse

BERSIH’s impact, however, is most evident in the discourses that flowered in the aftermath.

Forums about the protests spawned other forums about freedom of expression and democracy more broadly. Key is how this forum culture would spread from small student-run DIY salons in Bangsar and Bangi to churches and even to mainstream establishments such as Sinar Harian.

KLSCAH, however, was the regular venue for the most passionate and animated discussions (a well known sedition case today had its roots in a rousing speech that took place here in 2013). This, we should keep in mind, was years before RexKL and RUANG. Pusat Rakyat was an arduous walk up a long hill and Art for Grabs was still at Pasar Seni. The less than “edgy” or “polished” spaces then gave the forums an air of accessibility and urgency that is less apparent today especially given the comparatively flatter political climate.

The heightened urgency had much to do with the government’s strategy to assert its dominance through religious polarization. Debates on apostasy, the Kalimah Allah ban on the Herald and Shia mass arrests were happening on a daily basis. Nurul Izzah was under fire for allegedly endorsing apostasy for Muslims even when her actual speech was far more qualified than what the news reported.

There is a sense then that opinions mattered. Politics was far less guttery and personal and the stakes in political disagreements were high.

It was amidst this constellation of circumstances that groups such as Universiti Terbuka Anak Muda, Undi Malaysia, Buku Jalanan, Diskopi, Sekolah Falsafah and Lepak Maqasid, among countless others, grew in appeal and audience. BERSIH and practical politics were not always their immediate interests, and some are no longer active today, but their events did resonate with the heightened political enthusiasm at the time.

These, moreover, began as mostly self-funded and self-driven youth-led initiatives. Even Teach for the Needs, which now offers free tuition to underprivileged children, began in 2012 with forums about education as democratic empowerment. A flagship event during their early days featured a weekend-long close reading of Paolo Freire’s Pedagogy of the Oppressed.

Needless to say, Projek Dialog too grew through this wave of confidence in open democratic discourse.

It is also credit to Bersih’s impact that that the government has since backtracked to take a more tolerant stance towards protests. It was no longer illegal by 2015 for Bersih 4.0.

The ultimate moment of validation perhaps was Bersih 5.0 in 2016 when Mahathir Mohamed himself joined the crowd, yellow shirt and cap glaring under the stark afternoon sun, immediately after returning from overseas. Granted, the protest had already lost its transgressive aura by then but this was a milestone given his longstanding position that demonstrations are against Malaysian culture.

It is also noteworthy that many protest icons from that time are now in government. Maria Chin Abdullah, Muhammad Sabu and Latheefa Koya are obvious examples. But others like Syed Saddiq, Edry Faizal, Ong Kian Ming and Mazslee Malik also began their journeys as activists who emerged out of those activated years.

Perhaps the most valuable gain is that the issues that were championed in 2011 have become mainstream. Today freedom of expression, the flaws in the justice system, the right to different opinions, are even evoked by conservative Malay rights groups.

This was unthinkable in 2011-2013 when even the term “NGO” was used by the state run media at the time as a pejorative, when questions on whether human rights is Western or Alien to Islam filled op-eds of the major dailies and packed forums.