Unilateral conversions are clearly wrong, typically used as an excuse to separate mothers from their children. Single mother Loh Siew Hong’s case reignited issues like children’s rights and consent, which skirt around the gaps between civil and Syariah courts. The story mirrors the Indira Gandhi saga where ex-husbands, with a history of domestic abuse, utilised unilateral religious conversion against women under civil court, separating them from their children and giving the husbands sole custody. Her landmark case ruled that the word “parent” in Article 12(4) of the Federal Constitution meant both parents. 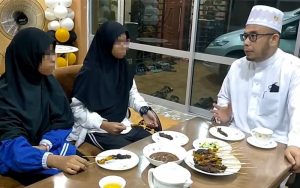 The Perlis mufti, on the other hand, has stated that in Perlis Islamic law the agreement to conversions were amended from “both the mother and father” to “either father or mother” in 2016. People can easily sympathise with the fact that such gaps in the law should not result in mothers being separated from their children. This article is about women like Indira Gandhi and Loh Siew Hong. They are depicted as dedicated mothers and also devoutly religious, with great moral character—ensuring that Islam would not the enemy. Loh Siew Hong has mentioned she would convert to Islam if it meant she would be reunited with her children and Indira Gandhi emphasized she had no issue with her youngest child embracing Islam as long as they could be reunited. Their aim is simple and they are committed to navigating the complicated and complex problems of our courts and constitutions, to get back custody of their children. 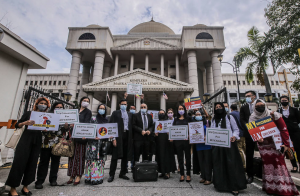 Their “motherhood” is explicitly emphasised. It is a narrative that purports to help women overcome being victims of domestic abuse to enduring years of court battles for custody of their children. Highlighting motherhood has also been important in the fight against gender discrimination in Malaysian’s citizenship law, where fathers can pass Malaysian citizenship to their children but mothers cannot. Family Frontiers and six  Malaysian women filed a suit seeking court orders to allow Malaysian mothers to pass on their citizenship to children born abroad.

Rachel Ng is one of the six mothers. She is also a single mother with full custody of both of her children, but is unable to pass down her Malaysian citizenship to her eldest child. The case received lots of media attention and popular support, which led to a historic decision on 9 September 2021 to recognise that Malaysian women have the same rights as Malaysian men to pass on citizenship automatically to their children born overseas. There are also similar movements helmed by the likes of the Foreign Spouses Support Group (FSSG) that advocate for protecting the rights of foreign spouses of Malaysian citizens and children. Foreign spouses too are under their purview as there is no automatic citizenship for foreign spouses in Malaysia. Instead of taking a human rights approach, the group also “invoke[d] the motherhood rhetoric to affect immigration and citizenship reform” [1].

It is undeniable that being a woman in Malaysia is inextricably tied with motherhood. Maila Stivens stated that local cultural productions of Malaysian Malay mothers, which I argue could extend to all races, “have often overlapped with popular cultural pictures of the long-suffering, self-denying Malay mother and the sentimentalisation of her relationship with her children.” [2] It is this heavy sense of moral duty that women, especially mothers and wives, have to uphold in supporting their family and in the process, make sacrifices especially for their children. We all probably know mothers, aunts, sisters and so on personally who lived out most of their lives with this sense of burden towards the family. As put simply by Amanda Lee Koe in her short story Love is No Big Truth, “But for us, to have people in our lives, to have relations, is to have duties, is to serve. We can’t shake it off. We can’t be the ones to turn our backs.” 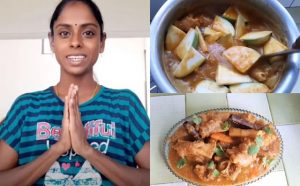 Take for example, a homemaker who exploded on YouTube during the MCO period, Sugu Pavithra. When Pavithra and her husband stopped making YouTube videos after she infamously suffered domestic violence from her husband, they stated that they “want to focus on family life instead” and asked for privacy to “please just allow us to lead normal lives as a family”.

When Pavithra did a magazine photoshoot with her on the cover page, it quickly became viral. She immediately shot down ideas that she could become a model as it would be her first and last photoshoot and that the last time she ever dressed up this extravagantly was for her wedding. In her words, “Becoming a model never ever crossed my mind…. I will never be a model. I just want to carry on with my cooking routine and sharing my videos, besides dutifully carrying out my responsibility as a wife and a mother.” She would consistently emphasise that her career is never as important as her role as a mother in her family and there was never even the idea of a crossroads between career and family. One could even argue that her humbleness and devotion to motherhood is also part and parcel of her popularity among Malaysians, as she films one of the key responsibilities of a mother—cooking delicious meals for her family. 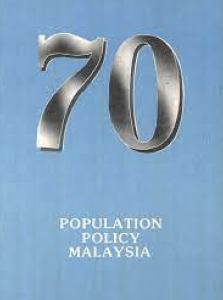 The cultural production of what it means to be a woman and mother in Malaysia is due to many factors and expectations stemming from religion, culture, history and also the nation’s interest in population control. Malaysia’s “70 million by 2100” policy adopted in 1984 has put increasing pressure on women to stay at home and nurture their children and ultimately, the nation’s future population. Scholars argue that colonial interventions on mothering in British Malaya were also done with the similar goal of securing labour for the colonial economy, given that replacing labour overseas had begun to become too costly [3]. Thus, being a mother has always been highly regarded. Invoking  the rhetoric of motherly sacrifice and determination remains very powerful in our society. The problem is, mothers are treated as passive subjects in this rhetoric. However, women are today taking hold of this narrative to call for meaningful reforms. mothers are passive subjects and are taking hold of this narrative to call for meaningful reforms. With all the zeitgest surrounding the Indira Gandhi and Loh Siew Hong cases, these are, who are not only victims of sexual abuse but also single parents and thus typically seen as not having a place in our nuclear family society, are now celebrated for their determination for their duty to their children.

Celebrations like International Women’s Day may be easily associated with derogatory terms like “the angry feminist” who is “Western” and against motherhood.  However, it is undeniable that there are feminist movements here too, with the cases of Indira Gandhi, Loh Siew Hong, and the six Malaysian women. They are mothers who are fighting back and challenging courts and our constitution to advance equal rights by utilising the narrative of the devoted mother. Platforms like Caring Moms recognise that many underprivileged women are trapped in abusive marriages because they have no other choice. Caring Moms advocates for economically empowering mothers to be able to be independent and care for their children. As we celebrate the sacrifices of mothers in our lives, let us also celebrate how they are also paving the way for women’s rights in Malaysia.