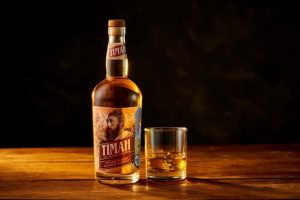 Every so often, parliament will heatedly discuss an “issue” that seems to be somewhat petty, typically within the scope of race and religion and begging the question of whether we have more pressing to discuss. The Timah whiskey controversy is one such example, joining the ranks of Malaysia’s censorship of Beauty and the Beast due to the film’s LGBT character and permanently banning Beyonce.

Free Malaysia Today put out a highly popular list of previous “controversies.” There was the issue of A&W not being allowed to use the words “bee” or “dog” in their names, due to a rule in 2012 by JAKIM and DBKL. The rule was related to a billboard depicting a wombat, which had to be removed as the creature was mistaken for a pig. There are also a number of controversies related to when food outlets had to rename “hot dogs” (to sometimes laughable food names) or else JAKIM would not provide halal certification.

What these controversies have in common is that they feel like “non-issues” that are blown out of proportion. They hardly affect anyone’s daily life, and yet they are debated in parliament and plastered all over our media. They skirt around the issue of race and religion but are not obvious disputes such as the anti-ICERD rally, refusing to recognise UEC certification, the Allah controversy or the pendatang rhetoric. Hence, these sorts of “non-issues” typically garner ridicule from the public or amp up worries that our politicians have turned our nation into a laughing stock by putting their time into such issues. 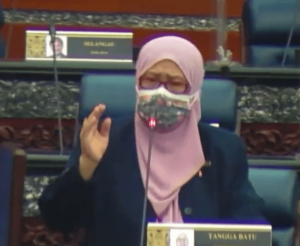 The Timah controversy revolves around DBKL banning alcohol in Chinese medicine halls and sundry shops. Tangga Batu MP Rusnah Aluai compared the consumption of Timah whiskey to “drinking Malay women”, as the name alludes to Kakak Timah, Mak Timah and Mak Cik Timah. This comparison was made during the debate session on the Trade Descriptions Bill (Amendment) 2021 on 28 October. Ten days before this, the PAS Dewan Ulama (DUPP) expressed concern about the use of the name “Timah” as a whisky brand, saying the name was derived from “Fatimah”. They also claimed the logo had an image of a religious man in a beard and kopiah, calling for the stop of all promotion and sale of liquor to the public.

Timah was allowed to keep its name. Some claim this controversy was to win the support of different factions. Others spent their time obsessing over the semantics of “Timah” in Malay. As much as this may seem like a “non-issue”, the saga does reveal that there are still strong racial and religious anxieties that can be triggered by something as nondescript as a bottle of whiskey.

Being Malaysian does mean that racialised experiences and religious anxieties are our everyday political landscape. MacLeod (2016) coined the concept “fragmented essentialisms” for how different fragments of ethnoreligious identities from the colonial past continue to be exploited for contemporary political means. Politicians might claim to speak on the group’s behalf by stressing specific aspects of identity and history, emphasizing their differences to other groups. [1]

No matter how inconsequential the controversy may seem, the talking points that they used have been effective at perpetuating racial stereotypes in Malaysia and helping the originators of the controversy achieve different political goals. The rhetoric placed a strong emphasis on the notion of a “nation under threat”, justifying the absurdity of turning the name of a whiskey brand into a battleground of anxieties. The controversy also points to the increased influence of PAS’ religious intolerance as well as the lack of solidarity from the MPs from Amanah and PKR that support PAS.

Nur Sajat, who had been manhunted before seeking asylum in Australia, said in a video interview that her trans identity has been regularly turned into political and religious kerfuffle to distract from real issues. Her case is also seen as absurd given the police’s commitment to extraditing her but corrupt politicians. In House of Glass, Sou Chou Yao says that “elections are often defined around sensitive political issues, and where sensitive issues lie, there is an opportunity for essentialisation. Elections represent a battleground where these categories are periodically reformed and reshaped.” [2]

The ethnoreligious essentialism displayed throughout this controversy points to our politicians’ drive to define an “ideal” yet exclusive type of community. With that said, their efforts are met with continual rejection from a new kind of community that chooses to voice their political opinions via memes and other social media outlets. Although it may feel as though the political landscape in Malaysia is continuously dominated by the tug and pull of racial and religious issues, let us remind ourselves that they do not speak for all of us.