#MigranJugaManusia is a hashtag that began as an online protest against the mass arrests of migrants placed under Enhanced Movement Control Order. Utilising all social media platforms on 3 and 16 May, demanding: 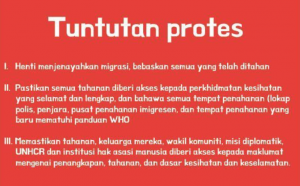 Criticising Eurocentrism and the hypocrisy of the West is a valid argument and we should look to our neighbours and history on how we can move forward on the issue. However, there needs to be equal criticism for the hypocrisy of our leaders as well. Najib Razak who has consistently taken a strong stance against the Rohingya genocide, led the solidarity rally to press the Myanmar government to stop its cruelties conveniently during election years. “We want to show Myanmar and tell Aung San Suu Kyi that enough is enough,” Najib had said. “I’m here today not as Najib Razak, but as a Malaysian and a Muslim. There is no assembly more honourable than that which is done for Islam.” Malaysia has previously set up the Gaza Emergency Fund in 1994 and offered refuge to Bosnian Muslims in the same year. Help was given with strong criticism against the West for their indifference to their plights with a similar rally being carried out where 30,000 Malaysians filled the Merdeka stadium. We have done it before, why not again?

But all these discussions reveal the limits of our discourse, missing the point where migrants are but the subaltern, voiceless. There is little attempt to understand the “mass” of migrants themselves apart from the fact they come from neighbouring countries  “fleeing genocide”, “looking to improve their economic situation” and sometimes how well they have assimilated into Malaysia. Previously a family member of mine had a huge anti-immigrant sentiment until a few encounters which led her to speak to some. One of them included my neighbour’s maid. She would regularly come to the back of our house to speak to us, telling us of the ill-treatment she received, the debt she had accumulated from paying recruitment agencies, how she missed her son, extreme loneliness, counting the days her contract could end soon so that she could head back home to see him.

Another defining moment was regular trips to the photostat and stationery shop where she exchanged a few pleasantries with one of the foreign workers. Later on, someone in the shop came in and shouted at the worker for having accidentally photostated the wrong pages and became defensive of him for the treatment he received, telling the person off. As the protest attempts to emphasize humanity, so much of all we see is but a mass of people that is but an easy target to hold responsible for the dire state of a global pandemic. 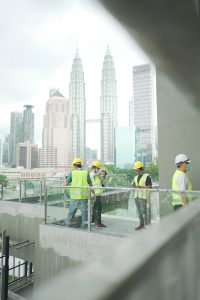 First-hand accounts of having to navigate the structure of contractual transactions in the labour migration mechanism that can quickly turn into human trafficking and forced labour needs to be heard. Workers usually become entangled in a web of obligations towards their state, recruiters and employers in Malaysia when involving migration expenses, contracts and subsequent debt where the distinction between ‘legal’ and ‘illegal’ is but a fine line.

Mass arrests not only of locals but also immigrants is a highly worrying response in a time where prisons have become global epicenters for coronavirus. However, locals have access to lawyers, families’ representatives that migrants should have as well. Time and time again it has been repeated that coronavirus has shown that it could affect anyone rich or poor, and our response has been to shun “lower-skilled” immigrants while “higher-skilled” immigrants do not pose a problem.

Although social interactions are supposed to be minimised during these times, maybe try to attempt to hear out those who were never listened to as Spivak said, “for the ‘true’ subaltern group whose identity is its difference, there is no unrepresentable subaltern subject that can know and speak itself”.