The Post-Wawasan Malaysia We Got

We end the year 2021 in Malaysia with disastrous flash floods amidst a pandemic and rising food prices. All this came on the heels of yet another cabinet reshuffle by Prime Minister Ismail Sabri. This is the year where things are put into odd perspective – ministers pose for press conferences to save flash flood victims while drawing criticism from former prime minister Najib Razak, looking to make his inevitable political comeback. This juxtaposition of events invokes questions of continued political apathy over climate change and how the people’s suffering is nothing more than political fodder. As flash flood levels continue to rise and affect more victims, pictures of fireworks and cake cutting from UMNO party meetings emerged while they decided when the next election should be held and ensured continual support for Ismail Sabri. Hashtags such as #KitaJagaKita, #BenderaPutih and #KerajaanPembunuh that became popular during the pandemic have taken on another layer of meaning as most of the community rescue efforts were carried out by volunteer citizens and foreigners as the government was slow to respond. We witnessed double standards too, when rich celebrities who hosted extravagant wedding celebrations were given almost the same amount of fines as those given to a roadside burger stall owner. In yet another absurd publicity move, said celebrity offered to pay the fines of the burger stall owner due to criticisms of the disproportionate fines. Adding to the absurdity, the Minister of Health, who was at the government’s “100 Hari Aspirasi Keluarga Malaysia” event where thousands were in attendance, was only charged a small fine of RM 1,000 for breaking SOPs. Policemen were caught dancing under disco lights and singing karaoke with women at a police station while deaths in police custody continued to happen. Threats against the general public for questioning such custodial deaths were made. Press conferences were called to brush off pleas on social media to find missing relatives due to the flash floods, while politicians tried to paint flood victims as looters when they have gone days without food and help. Even the corporations affected had to put out a statement that such acts of desperation were understandable. Politicians under trial for their role in the 1MDB scandal managed to plea for their passports to travel overseas for a range of reasons, from medical to family circumstances, while it was revealed that the Prime Minister’s official residence had spent RM 30 million in renovations. We also learned recently in a parliamentary reply that a total of 30,679 tip-offs were received by the Malaysian Anti-Corruption Commission (MACC) between 2015 and September 2021. 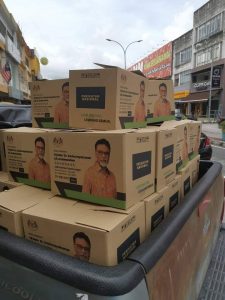 The problem of kleptocratic politicians and their lack of care in governing the nation always looms before the general elections, but there was always a deeply ingrained fear as a nation that race riots and conflicts would erupt and result in instability. The May 13 riots have been imprinted into our collective cultural memories and emerge like an ominous warning during every general election and mass protest. Our politics have been ever preoccupied with how to capture public approval via ethnic categories. Some try to tie race and religion to parties. Some try to emphasize developmental nationalism and dissolve racial categories. But with everything that has happened, maybe this is the year we redefine our ethnic categories with social inequality violently stamped in our minds. This is the year we learned about the extent of corruption and the lack of responsibility and humanity of the powers that be. The anticipation of and subsequent disappointment in Wawasan 2020 serves as a symbol of faded trust in our political institutions and the future. Many on social media pointed out that since the coronavirus pandemic, Malaysians have already essentially been governing ourselves regardless of race and religion to make up for institutional incompetency. During the postwar period of Malaysia, many had already begun to imagine our identities in a multiethnic context. Arrifin Omar pointed out that Burhanuddin distinguished between bangsa, to describe the Malay community, and kebangsaan, as an interpretation of “Malayness”, to mean that non-Malays could be a part of kebangsaan Melayu without being bangsa Melayu. PKMM advocated for “bangsa Melayu” or “Melayu Raya” to represent nationality while retaining separate ethnic categories. UMNO, of course, rejected both of these but kept the door open for non-Malays to “masuk Melayu” through religious and cultural conversion before later adopting the idea of “Bangsa Malaysia”. Others adopted the concept of “bangsa Malayan”. 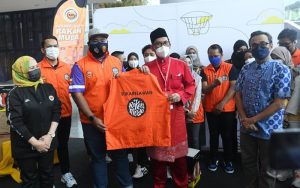 Just as these groups imagined a Malaysia on the brink of its formation that was fair and equal, we too can do so once again to bring about a change that has been far overdue. David Graeber believed that there were two kinds of imaginations: the first was “imaginative identification”, which is the ability to imagine another’s point of view to compromise and work together towards common goals. The second was “immanent imagination”, which is the capacity to imagine and bring about new social and political ways of being as we collectively decide what we want to do with our lives.  Back when I was in school, we were asked to imagine a Wawasan 2020 during art class which was premised on the fact that Malaysia would be a developed country. Let us imagine what Malaysia’s sociopolitical landscape could be once again. Maybe we will have a Malaysia where police reform has ensured that Malaysian Indians don’t get stopped and searched randomly. Maybe it is a Malaysia where politicians could be recalled anytime they were not serving the needs of the public. Maybe there would be an end to GLCs running public transportation services which were instead owned by worker cooperatives. Maybe we would be able to celebrate and identify our national culture as a hybrid of many, including the foreign workers who helped build our nation.  More than ever, we have learnt that the government has failed us. But also, more than ever, we have learnt that we have the power to govern ourselves and chart our future.
PrevPrevious
Next PostNext 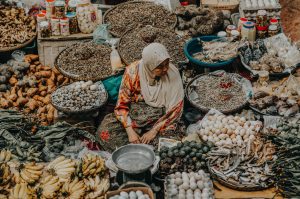 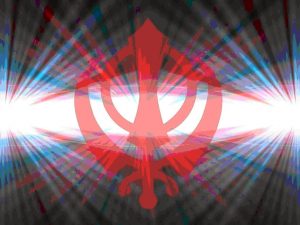