Notice: Trying to access array offset on value of type bool in /home/projekdi/public_html/wp-content/plugins/elementor-pro/modules/dynamic-tags/tags/post-featured-image.php on line 36
Hudud - Where is Allah's Compassion? - Projek Dialog

Hudud – Where is Allah's Compassion?

More views Dr Nik Noriani Nik Badli Shah, a lawyer with a Masters in Comparative Laws and a PhD in Islamic and Other Civilisations, claims that severe physical punishments including amputations were common in past societies, even in medieval Europe,. These were often imposed on the poor and weak. So, the Qur’an imposed hudud to limit the punishments by imposing various conditions before they could be carried out, and emphasising on repentance and God’s mercy.Echoing PM Najib, she says, societies today have prisons and other methods for punishment and rehabilitation. Sisters In Islam (SIS), on the other hand, alleges that the hudud issue in Malaysia is politically charged (explaining why this issue almost always crop up just before elections) and is still controversial among advocates, opponents and the Malaysian public. The group amplifies that all possibilities and the consequences must be weighed carefully to avoid the potential for enormous consequences of injustice that it holds. This is to avoid undermining the sanctity of Islam and to ensure too that human interpretations do not fatally contradict or subvert principles of justice, fairness and equality as enshrined in Islam. The European Muslim scholar Prof Dr Tariq Ramadan recently toured Malaysia and was even hosted by our esteemed local Islamic institutions – meaning he has a following among the learned in Islamic jurisprudence. He called for a moratorium on hudud punishments, on Islamic grounds until greater scholarly consensus is reached. A multiracial country like Malaysia is not suitable for hudud to be implemented. The religious advisor to Iranian President Prof. Dr H Gafoor Fard, invited to attend the 54th Umno General Assembly in 2003, said this to the Malaysian press after meeting DPM Abdullah Badawi. … except the Christians, the rest of non-Muslims presently forming our sizeable population are not people of the Allah ‘books’- the Torah, Zabur, Bible and Qur’an. Therefore saying hudud should be applied also to non-Muslims on the same basis is gravely flawed. Allah never forced such on people of other faith. Time and stake holders are different altogether. A mirage Umno’s proposal suggesting equal justice to all the citizens to reflect equal criminal responsibility over every crime committed in an Islamic state by any person, Muslim or non-Muslim, is effectively a mirage. You cannot forcefully make people of different faiths, different beliefs, practising different value systems, submit to a faith that is not their own. This is what the non-Muslims find alarming, incoherent and unjust. That is probably why Pas’ Kelantan Enactment gives a choice to non-Muslims whether they want to be punished by it or choose to be punished by the nation’s law instead. That’s two differing systems running parallel. In the race to play God, Kelantan’s hudud enactment is advocating different punishment to people of different faiths. The Muslim gets stoned for adultery and the non-Muslim partner gets freed from a jail sentence. What kind of social justice could that be? The question that comes to mind is, is Malaysia an Islamic state or is Islam just the official religion of this country? On the basis of the second, enshrined in our Constitution, the whole idea actually falls apart. Appreciate that Article 8 (1) of our Federal Constitution guarantees, “All persons are equal before the law and entitled to the equal protection.” Furthermore, Article 11 of the Federal Constitution also assures, “Every person has the right to profess and practise his religion.”. There is another twist, though. If Umno retains power in the 13th general election, with Minister Zahid Hamidi, now suggesting the formation of an ulama wing, the signs are clearer that hudud might find its way into our legal system. Unless Najib closes the chapter for good by amending the Constitution that hudud will never be implemented here, effectively taking away any chance for Pas in future to have the same idea, as the Malay saying goes, ‘gajah sama gajah lawan, pelanduk mati di tengah’ and non Muslim citizens could be in for a rough ride. (But see an accompanying piece to be published soon by Pas MP Dr Zulkefly Ahmad, that suggests a paradigm shift in thinking among the Pas leadership.) Should a doubtful social injustice be inflicted in a plural society by the sordid exploitation of a minority? Humans should stop punishing fellow humans for crimes against God. God knows how to handle such a situation. He does not need a man to “play” him. Sarajun Hoda is an Aliran exco member.
VERMOX
]]>
PrevPrevious
Next PostNext 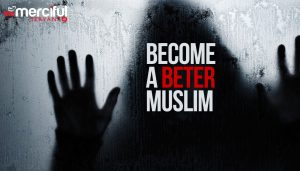 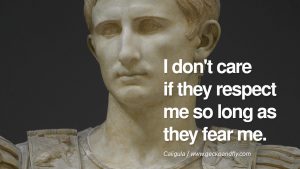 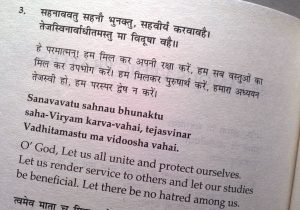