Despite Malaysia’s upward socioeconomic development, rapid modernisation, and successful middle-class formation over the past forty years, and although Malaysia is often celebrated for its multicultural heritage, religion remains a highly sensitive topic of discussion. Here, ‘sensitivity’ is not only a feeling of fear and self-restraint towards speech, but the symptom of a broader and unresolved structural impasse. The lack of interactions between various religious communities in the country, in an observed attitude of non-interference, can be attributed to a more general condition where the freedom of expression, freedom of religion, and healthy sociopolitical conversations have yet to become a fundamental and normative practice in the development of participatory institutions in this young democracy over the past few decades. 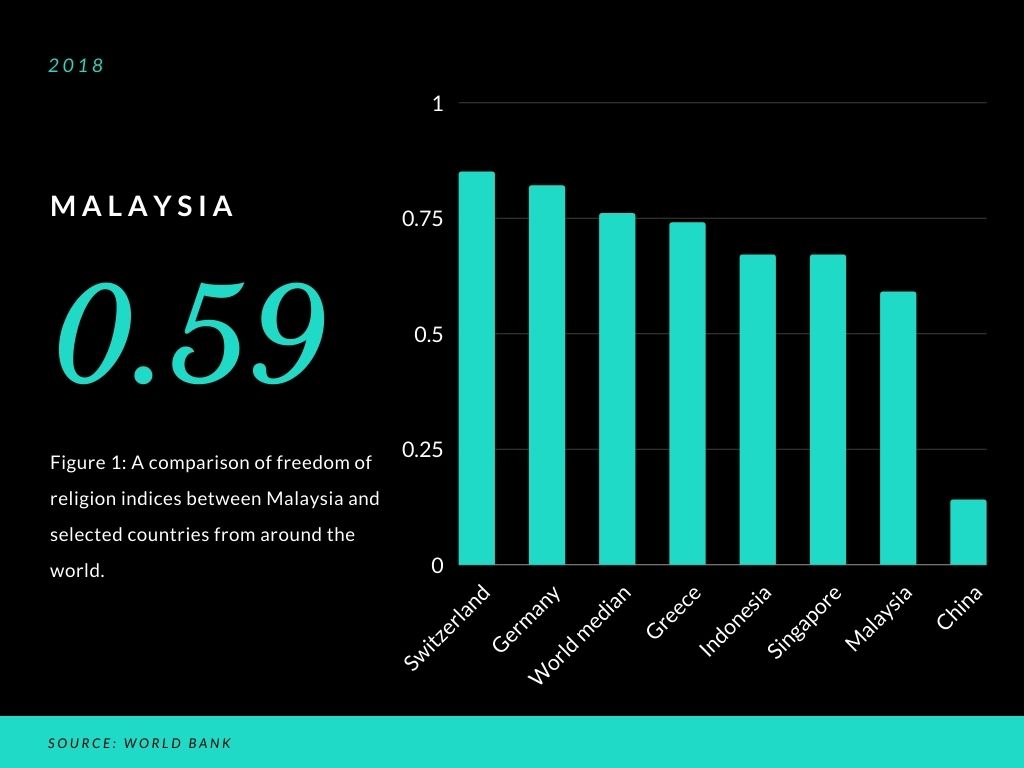 According to the World Bank indices (see Figure 1), Malaysia is below the world median level with regard to the freedom of religion. In comparison with a number of countries from Asia and Europe, Malaysia’s performance in protecting and upholding the freedom of religion remains apparently inferior. To be exact, these indices are produced by evaluating five attributes of a measured country: (1) representative government, (2) fundamental rights, (3) checks on government, (4) impartial administration, and (5) participatory engagement.

In terms of press freedom, the 2020 index of Reporters Without Frontiers (RSF) ranks Malaysia at 101th out of 180 countries compiled (see Figure 2 for a comparative chart). Although the abuse score of Malaysia is 0, the global score given to Malaysia is 33.12, which, according to the assigned categories, indicates that press freedom in the country is facing a “problematic situation.” 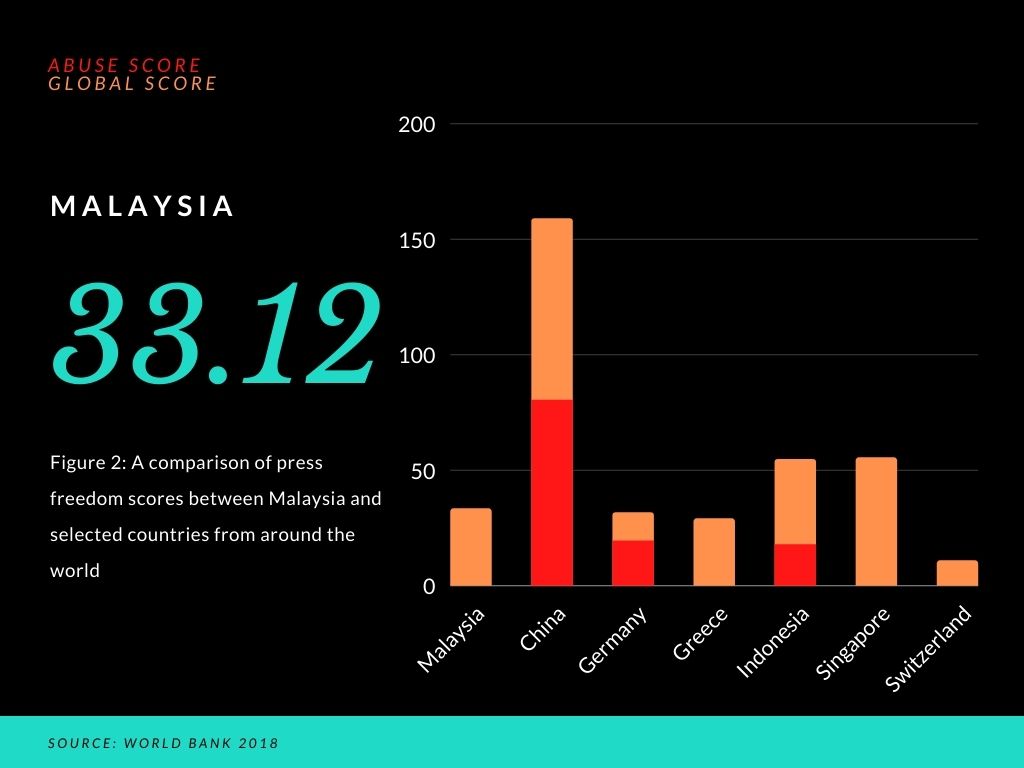 “Instead of reporting on issues only when they arise, it would be good for journalists to write on religion and faith issues on a regular basis to try and bring about greater understanding.”

The report does not highlight the multicultural aspect but rather, on how religion is represented within the Malaysian media as religion remains a sensitive topic.

It is clear, firstly, religion remains a highly monitored topic both among political authorities and ordinary citizens due to an unresolved legacy of religious sensitivities.

Secondly, it has also become clear that the media and journalists are not entirely independent when reporting, writing, editing, and publishing, due to the regulatory roles of the media’s economic, political, and organisational backgrounds.

Hence why religion-related news stories and public conversations are particularly difficult to write, frame, and publish by the Malaysian mainstream news portals, journalists, and media practitioners.

It also lists out the difficulties faced by the media industry, such as:

And whilst more details will be explained within the report itself, the importance at the end of the day is not only to listen, but to take action as well, in which some of the suggestions are as follows:

This report stems from a broader project, Diverse Voices: Supporting Religious Freedom through Engagement with the Media and Civil Society, whose goal is to improve the quality, quantity, and dissemination of reporting on religious freedom issues to promote more democratic, tolerant societies. More specifically, Diverse Voices aims to (1) strengthen the capacity of journalists to safely and legally increase accurate, balanced, and responsible reporting of religious freedom issues, and to (2) strengthen collaboration between civil society organizations, the media and key stakeholders, to protect religious freedom at the local, national, and regional levels.