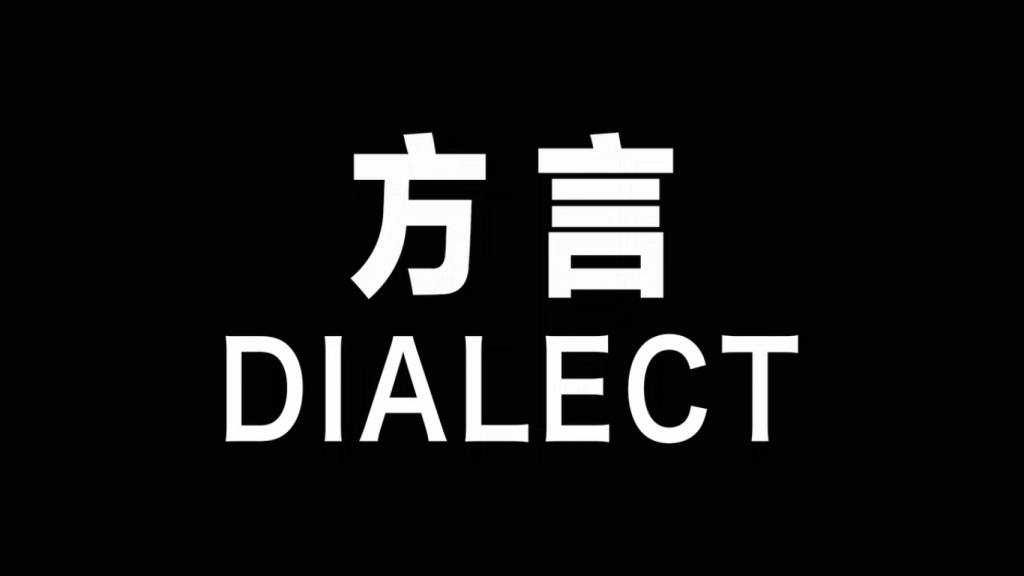 My extended family finally made a WhatsApp group. Although everyone speaks Cantonese, my aunts, uncles and cousins communicate primarily in English via WhatsApp and only on some occasions, would they use voice notes to record themselves speaking in Cantonese while other times they would resort to typing in loosely romanized Cantonese. This is how my family navigates not knowing written Cantonese. My paternal side is Hokkien eventhough no one knows how to speak it while my maternal side is Hakka where many eventually learn Cantonese later in their life as Cantonese was the lingua franca of Malaysian Chinese in Kuala Lumpur and Ipoh before vernacular schools became the driving force behind the shift to Mandarin Chinese.

Barnes’ report in 1951 suggested the government should unify schools with Malay or English as the main language while Chinese and Tamil would be taught as subjects of which the Education Ordinance of 1952 incorporated. The Fenn-Wu report in the same year was submitted which was critical of the Barnes’ report advocating for Chinese as a cultural language, promoting trilingualism. William P. Fenn was then associate executive secretary of the board of trustees of a number of institutions of higher learning in China, and  Wu Teh-yao, then an official with the United Nations, were invited by the federal government to conduct the study of Chinese schools in Malaya which became the Fenn-Wu report. [1]

On my maternal side, this shift to Mandarin Chinese was apparent with my mother being the last educated in English as the medium of instruction before the move of national secondary schools to Malay in the 1970s. My grandparents decided to send the younger uncles to Chinese-medium schools. By the 80s, The Selangor Chinese Chamber of Commerce and Industry launched the Speak Mandarin Campaign in Malaysia in 1980 and 1985, following after the Singaporean government’s own campaign launched in 1979. This carried on to my cousins who went to a vernacular Chinese school at primary level and eventually went to a national secondary school rather than an independent Chinese school becoming trilingual while I remained a banana as my mother is. My paternal side on the other hand did not prioritize education as much and hence did not have this jarring split in “Chinese dialect” and “Mandarin Chinese” within the extended family like my maternal side. 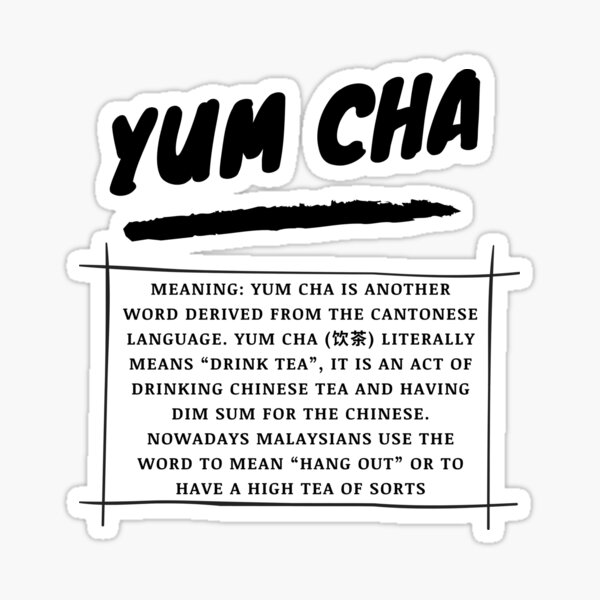 Unlike Penang Hokkien where there have been efforts to preserve a disappearing language due to its connections to the Peranakan community, others like Kuala Lumpur Cantonese, Sabahan Hakka, Sarawakian Hokkien and so on are not so lucky. Needless to say, these regional languages have developed their own unique identity in Malaysia given exposure to other languages. There are endless Malay, Hokkien, Hakka, English and Tamil words in Malaysian Cantonese such as 蘇嗎 su1 ma1 from “semua” while Hong Kong uses 全部 chyun4 bou6, bak1 sak1 from “pasar” while Hong Kong uses 市塲 si5 ceong4. In true rojak fashion, you could also sprinkle Cantonese words in between others like kacau can become kalan2cau.

With the 2019 Hong Kong protests, there was an eruption of discussion especially among the Malaysian Chinese community and a friend pointed out that many times support for Hong Kong protests came down to whether you knew Cantonese or Mandarin as pro-democracy papers from Hong Kong were typically in Cantonese while pro-China was evidently in Mandarin. The theory held true for my extended family. Although the gaps remained as slogans like 光復香港，時代革命 gwong1 fuk6 hoeng1 gong2, si4 doi6 gaak3 ming6 made no sense to my parents especially those that dealt with the political turmoil. The protestors themselves have translated the phrase as “Hong Kong Restoration, Age of Revolution” before settling for “Liberate Hong Kong, Revolution of our times”. 革命 gaak3 ming6 was also a word hardly used within Hong Kong prior to the slogan which became a main feature of the protests after the 721 Yuen Long attacks and a stand-off at Sheung Wan.

This sort of political uprising was quickly reflected in the language in Hong Kong where Cantonese romanization was increasingly preferred throughout the protests since the 2014 Umbrella Revolution to reflect the trilingual and biliterate policy Hong Kongers grew up with as well:

Another aspect of the protests was consistently reaffirming what are typically considered “Chinese dialects” in Malaysia like Teo Chew, Hokkien, Hakka, Cantonese and Hainanese to be different languages and resist standardization through stressing such localizations and mixing of languages. They are not mutually intelligible to Mandarin as the Speak Hokkien Campaign in Penang asserts this as well with the similarity between Mandarin and Hokkien to be less than 10% than English and German.

Hence, there is a need to reframe languages thought of as “dialects” within Malaysia that reflect the many varieties of Malaysian Chinese identities. As “dialects” typically has a reputation as a language people default to fully express their anger rather than a day-to-day language as Cantonese, Hokkien and so on being a language that is “good for profanity”. The mixing of languages in Malaysia is typically celebrated for multiculturalism and achievement of the 1Malaysia agenda while individual Malaysian Chinese and Indian identities kind of begins and ends with if you are banana or coconut. Rarely do we assess the internal dynamics and identities of being Malaysian Chinese beyond defending its right to exist. It is as Li Zishu 黎紫书 asks: “In our generation, we have no homeland nor cultural origin [in China]. We grow up here [Malaysia]. How  do  we  face  this  place?  How  do  we  learn  about  ourselves?” [3]

A saga that happened a while after the 2019 protests surrounded Nigel Ng, the UK based Malaysian comedian who became viral for his react video to BBC Food’s egg fried-rice was heavily criticized for apologizing on Weibo for featuring YouTuber Mike Chen who has been openly critical of the CCP. Several netizens on Twitter said it was an open secret Malaysian Chinese are devoutly dedicated to their homeland while others have called him “vision of a globalised Asian citizen: he’s fluent in English and dresses stylishly” as opposed to his persona Uncle Roger. Teaching an English-speaking audience “haiya” and “fuyioh” (Cilisos claims the latter is from Malay and Tamil!) while validating audiences from the east, Nigel represents the dream many of our Malaysian Chinese parents brought us up upon, which is to eventually become an international citizen in the West or the East. However, being ethnically Chinese continues to carry the assumption that there is an “imputed nationalism: the assumption that Chinese outside China continue to focus on their Homeland, whether historically, culturally or even politically” and that people of Chinese descent continue to expand the homeland into this global setting. [4] As the Hong Kong protests have opened up space to bring up regional identities and languages maybe we too in Malaysia should question and challenge this as well.

16th March 2019 marked the day of Projek Dialog’s second instalment of Pesta Filem Kita 2. Boasting a reputation of showcasing films which illustrate the 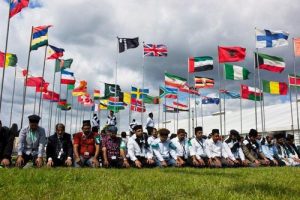 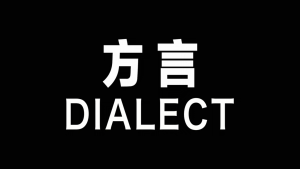 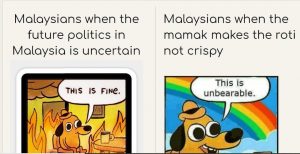