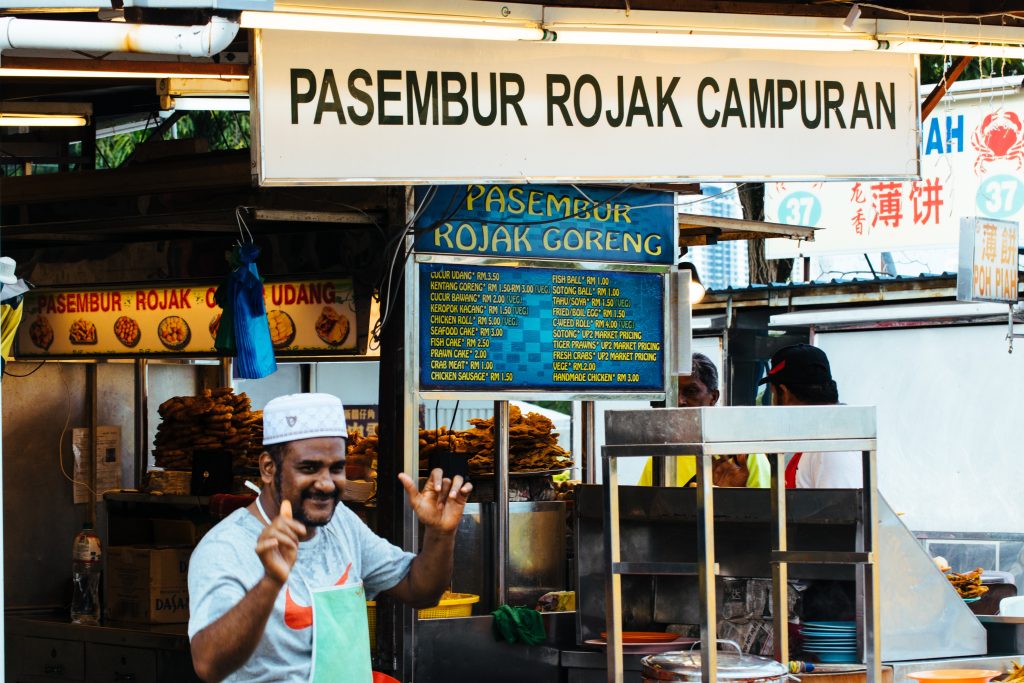 Every so often racial tropes by politicians make headlines, sparking heated debates on the topic Malaysians love talking about but never candidly — race. Take for example Mahathir’s incessant blaming of Malays for being lazy which was followed by letters almost always citing Syed Hussein Alatas’ Myth of the Lazy Native when challenging this stereotype. As much as we try to brush off moments like these with band-aid solutions such as telling people simply not to be racist or succumb to “that’s-how-it-is” attitude, race will continue to be a preoccupation of Malaysians as we continue to unlearn the legacies of colonialism. Hence, I present some books (in my humble opinion) I believe we can interject into our discourse of race to continue to question the normalised narratives we know. 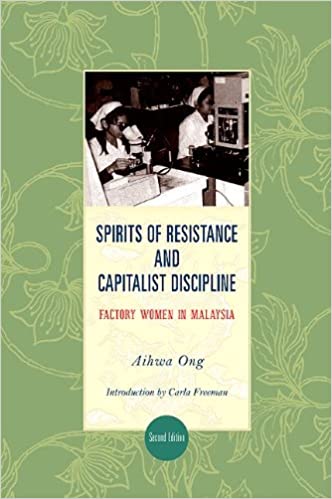 1) Spirits of Resistance and Capitalist Discipline: Factory women in Malaysia by Aihwa Ong

We all have a few anecdotes on spiritual possessions which led us to question if we believe in the paranormal. Aihwa Ong in this publication instead analyzes such instances of “kerasukan” or “mass hysteria” through the lens of power relations, work discipline and gender. She goes beyond functionalist approaches such as monopoly of power versus powerless, exploitation versus exploited, coloniser versus colonised but instead centres on “their resistance, retaliation and negotiation shifted according to the institution of successive modes of discipline in production systems and other areas of life” (217).

Spirits of Resistance and Capitalist Discipline transverses the colonial history of Malay peasants — in relation to Tamil plantation workers and Chinese rubber tappers — usually composed of local inhabitants and immigrants from the wider Malay archipelago who established cash cropping villages in coastal Selangor before moving onto her fieldwork on post-independence constructions of Malay identity in Kuala Langat. Her analysis of Malay women in transnational electronics factories in “free trade zones” is thought-provoking as she frames mass hysteria as a symptom of rural-urban transition and trauma of industrial labour from the domestic sphere. All in all, it is a one-of-a-kind study of cultural resistance among rural Malays at different phases of their encounter with incorporation into the world capitalist system, setting upon different trajectories of survival and mobility. A shorter version of her research can be found as well in the journal article “The production of possession: Spirits and the multinational corporation in Malaysia”. 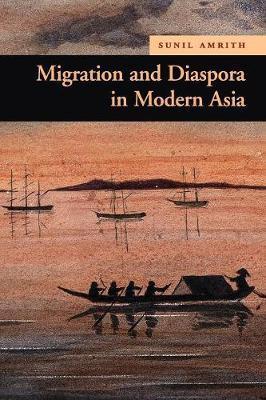 2) Migration and Diaspora in Modern Asia by Sunil Amrith

Amrith’s research attempts to draw histories of migration beyond the boundaries of empires in South, Southeast and East Asia according to four main phases: i) from 1850 to 1930 ii) the aftermath of World War II and Asia’s decolonisation from the 1930s-50s iii) “Golden Age” of Asian nationalism from 1950s to 1970s iv) and contemporary globalisation from early 1970s onwards. He takes into consideration the biases of census data within national archives as a starting point for his research but recognizes it as “a repository of its official memory” (p. 13). In order to create a more intimate dimension of the migration experience, Amrith utilizes not only oral history but also on print and material culture as an archive of migration to best capture their lived experience, trauma and dreams. For example, one of the analyses he makes is of remittance centres and communication centres illustrating relationships and obligations to their families as essential to most migrant’s journeys. 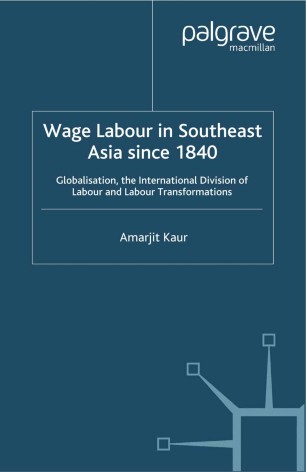 3) Wage Labour in Southeast Asia since 1840: Globalisation, the International Division of Labour and Labour Transformations by Amarjit Kaur

Although the title might seem heavy, this publication is mostly concerned with how differently gains from economic growth have been distributed between workers and capitalists in colonial and postcolonial periods in Southeast Asia. As cheap labour continues to play a key role in export-oriented industrialisation, this publication concentrates on labour and labour relations in Malaysia and Indonesia which were representative of ‘labour-scarce’ and ‘labour-surplus’ economies.

Adopting a comparative historical approach to the emergence and nature of wage labour, the colonial enterprise thrived on coercion and indentured labour while nation-states continue to utilise migrant and contract labour under a new guise of indebtedness to many intermediaries. As Southeast Asia has been lauded for its remarkable economic growth, Kaur brings the focal point to the mobilisation of the labour force and the role of migrants looking into how the labour force was formed and recruited, wages and conditions of labour, the characteristics of the labour force, and the social consequences. 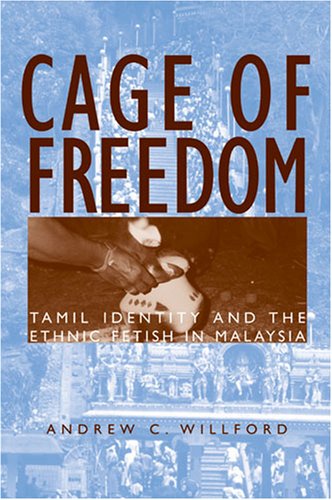 4) Cage of Freedom: Tamil identity and the ethnic fetish in Malaysia by Andrew Willford

This book combines political economy and Lacanian psychoanalysis in analysing Tamil identity situated in Malaysian nationalism. Wilford unpacks the image of the “docile” Tamil — initially the colonial justification for recruiting Tamils primarily as plantation workers — and how this image continues to be utilised in present-day Malaysia. As working-class Tamils left work in the plantation and began to move into urban centres, exploitation continued contributing to lack of socioeconomic mobility and education.

Coupled with “fantasies” of ethnic assertion of their identity through religious rituals such as Thaipusam, a celebration of the distinctively Dravidian god, Murukan, Wilford argues their stereotype as submissive and superstitious people continues to justify their position at the bottom of the system: “The preservation of Tamil identity, and even its “revival,” are of paramount concern in their views, as well as in those of many others I met. Still, there is a pervasive sentiment that “decent” Tamil culture is lost in a sea of government-supported “Western materialism” and the exhibitionism of “low-caste” Tamil ritualism” (50). Mulling over Islamic modernism, Malay nationalism, “Ceylon” or other upper caste cultural alienation, that contribute to the othering of Tamils, Wilford offers an interesting assessment of the Tamil working class within Malaysia. 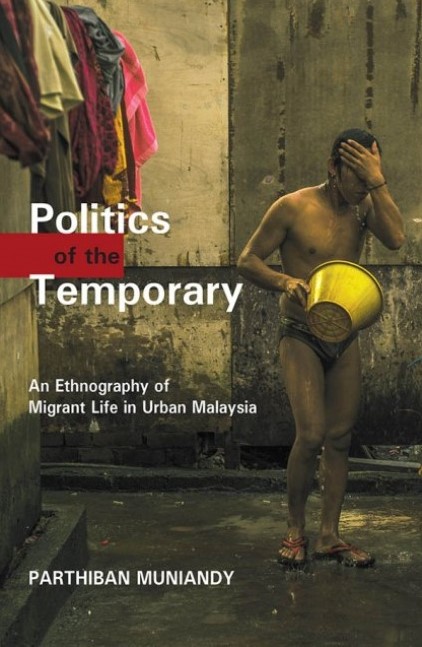 5) Politics of the Temporary: An Ethnography of Migrant Life in Urban Malaysia by Parthiban Muniandy

Muniandy explores on the ground migrant experiences particularly in Kuala Lumpur and George Town, Penang. It is based primarily on fieldwork involving first-hand interviews and observations of migrants from various sectors such as the food and beverage industry, construction, maids and sex workers among others. His fieldwork also included enforcement authorities and employers of migrants as well, spanning between May to August 2012 and August 2013 to January 2014. Muniandy analyses and discusses these experiences through the framework of “politics of temporariness”, to reveal the multiple facets of contemporary migration. Although Muniandy does not claim the book to be an academic text or research report, recognising its lack of objective assessments, the critical ethnographic notes the text presents remain an important archive of contemporary urban life from the margins of society in Malaysia that have been systematically silenced. 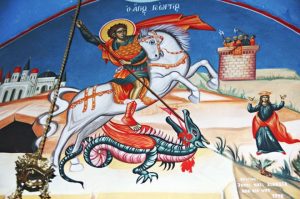