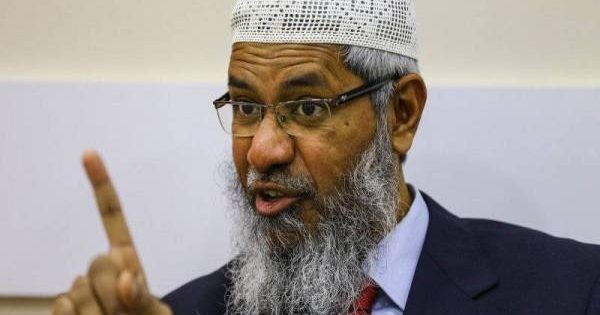 I am not a fan of Zakir Naik. His approach to Islam is intolerant and shallow. His popularity is all the more unearned when we look at the sheer dryness of his rhetoric. Where Malay preachers must at least be humorous or charismatic for mass appeal, Zakir Naik is just simplistic.

This one-dimensionality also explains his widespread appeal. He thrives in providing instant explanations for complicated issues. He simplifies questions of comparative religion into bite-sized and rhetorically arresting responses.

It is a familiar fanaticism: It offers easy and fixed answers for the false comfort of dogma. But it is one that is particularly attuned to the contemporary need for quick truths. He is in this sense evangelical. The richness of tradition is pushed aside for the letter of the law. If there is ever any doubt that modernity and Islam can go together, one has to only look at the Zakir Naik cult of efficiency.

Otherwise there is little of his fanaticism that is interesting. He hasn’t said anything that was not said by Ahmad Deedat, whose books are also widely sold. It is an open secret too that “moderates” like Hamza Yusuf, who English-speaking urban professional-class Muslims welcome with open arms, don’t have the most progressive responses to homosexuality.

The deplorable stances Zakir Naik takes in other words should not shock us when we consider what usually comes with religion in general. There will always be tendencies towards inflexibility.  One need not point to the Zakir Naik fanfare to see this. A quick look at popular titles at the Islamic section of any major book fair is worrying enough.

Zakir Naik is deeply woven into the general fabric of the religious industry. What this means is that there is no way one can call for him to be banned without also triggering the huge market which he is providing his services for. This explains why other influential Malays such as MAZA, Ustaz Azhar Idrus and Syed Saddiq have come to his defense and endorsement.

And yet many liberals deemed it worthwhile to stir the hornet’s nest in precisely these terms, making it about his popularity rather than his teachings.

This takes the issue to far murkier territory. Censorship is much easier to justify when the intended harm is explicit. The claim that someone or something should be banned because of how he might, could or would influence others is harder to uphold in this digital era where offensive opinions are the norm. Social media also allows us some foresight into how such a position would likely degenerate into debates between differing notions of what should be considered “harmful.”

In a lot of ways this is the ideal of democracy personified. The problem is that we have yet to come to terms with the shrills that comes with the “marketplace of ideas.”

Prohibiting or making police reports against offensive speech on the basis of its possible risks in any case is a conservative purview. Once upon a time liberals used to rail against this logic to argue that art, rap, punk, heavy metal and sexuality should not be censored because a democracy should celebrate free expression even when it is offensive because every individual is inherently endowed with the capacity to decide what is best for themselves.

“But this should not apply to Malays because they are not individuals but an impressionable horde desperate to be led than to think for themselves.” That at least is the subtext in the liberal panic against the spell that Zakir Naik has supposedly cast upon this country.

When a friend earnestly asked why Zakir Naik could be so popular in Kelantan when Malays don’t understand English I spared him my frustration because I knew he was just rehashing the pervasive anti-Malay sentiment that is implied in a lot of the “concerns” about Zakir Naik’s fanaticism.

This friend would have nothing against Malays enjoying Hindi Films or K-Pop of course because this feeds into his ideal of globalized consumerism where open borders should only lead to good feelings. Why exempt Zakir Naik if willing buyer-willing seller is the name of the game? What the liberal cannot fathom is that Zakir Naik is not the dark side of the free market but its very personification. His organic popularity speaks to the pure power of consumer choice against a moralizing state. He is drawing knots around the liberal logic.

The liberal approach is often caught in the double bind between the freedom they vocally claim to uphold on one hand, and the censorship they call for against religious fundamentalists. The good liberal counter to this accusation is to say that free expression should be guarded from those who are against it. Why should fanatics enter the public sphere of rational communication when their beliefs stand against the very principles that structure the conditions of free communication in the first place?

The problem is in the premise. Rationality is a process, not an entity. Similarly democracy is not a place to feel good but a battleground where the possibility of everyone’s freedom could be accommodated. This is a matter of principles of course but also the practice of compromise that has to be built over time.

Expanding freedom of religion and freedom of expression entails confronting difference in the fullest extent of the word. This is not because “diversity is beautiful” but because difference is what we need to work through to construct a robust community.

But our age of identity politics – where liberalism too has been outed as a hardened ideology – has made difference a burden rather than an opportunity. Inclusivity has become harder to imagine and practice. There are no short cuts here for as long as we believe that diversity is worth defending for everyone.

For as long as Zakir Naik remains a popular local attraction, strategic engagement should be prioritized before calling for censorship. Short of confrontation, or appealing to the iron hand of the state, the next best option is the difficult and awkward work of dialogue.